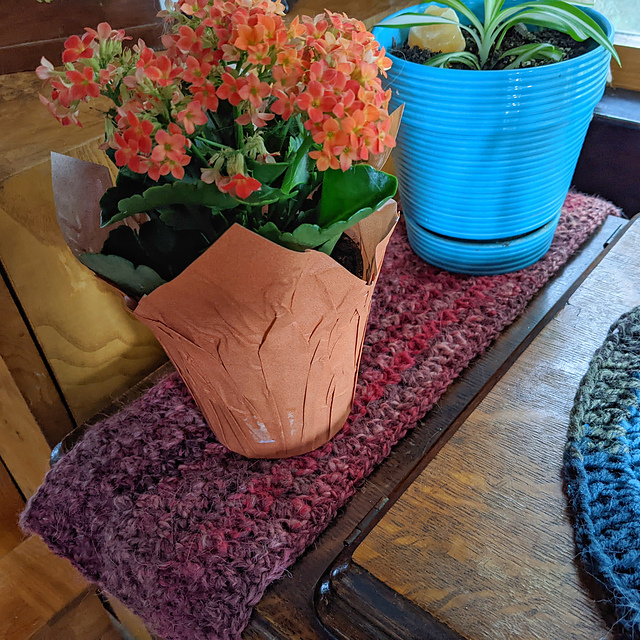 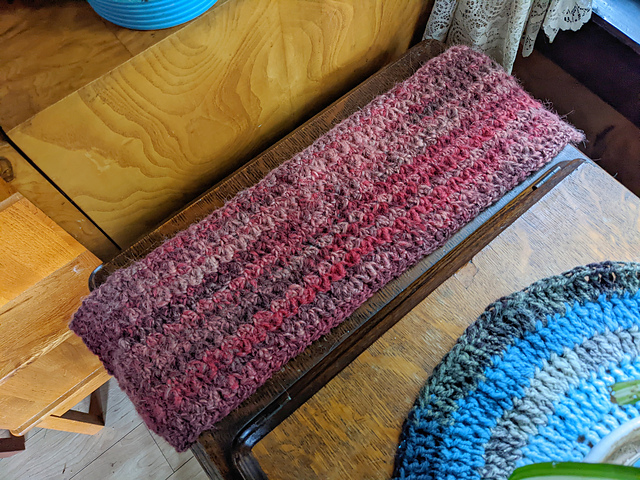 Using a skein of handspun llama I got from Gwen Erin years ago. I can’t find any record of when I spin it so it was pre-2015 at least.

5/17 – Finished. I thought I was doing half double crochet stitches in my pattern of two stitches in one space and skipping the next space, but realized yesterday that I was doing some strange modified double crochet instead. Whatever. I like how it turned out. And it’s the best use I can think of for this odd yarn. Even after having soaked it after spinning it so many years ago, I was still getting a greasy, dirty mark on my finger from tensioning the yarn. So strange. :shrug:

I had maybe 8″of yarn left at the end. I love when that happens!

It’s approx 20″x6″ and weighs 75 grams. I forgot to calculate the yardage in the skein before I started, but based on it being about a worsted weight yarn, I’m guessing I used around 165 yards.