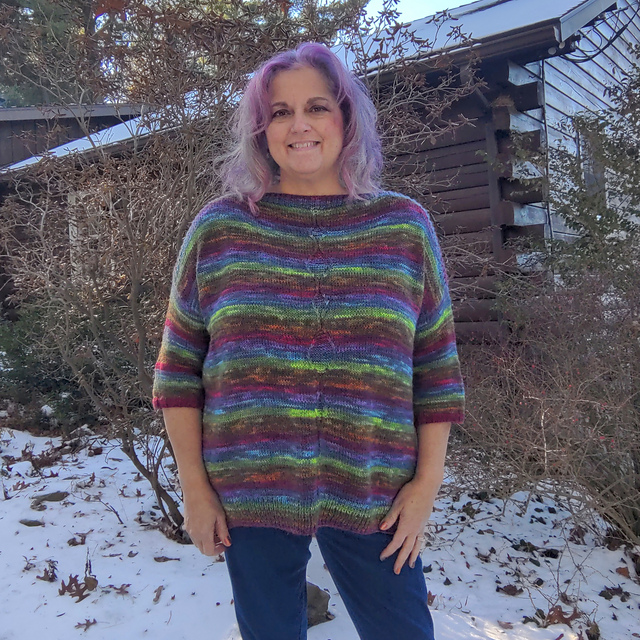 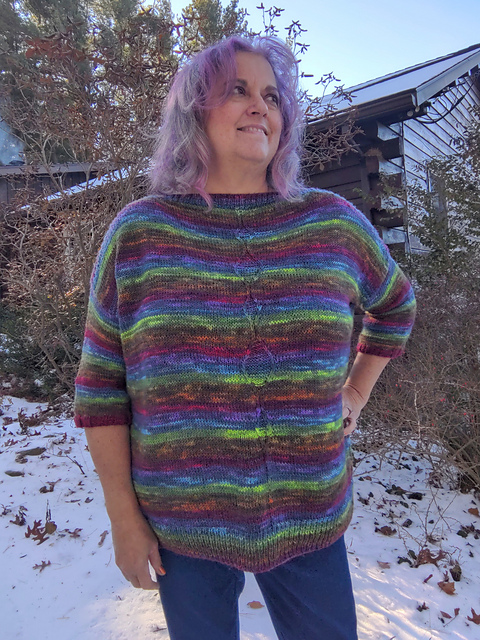 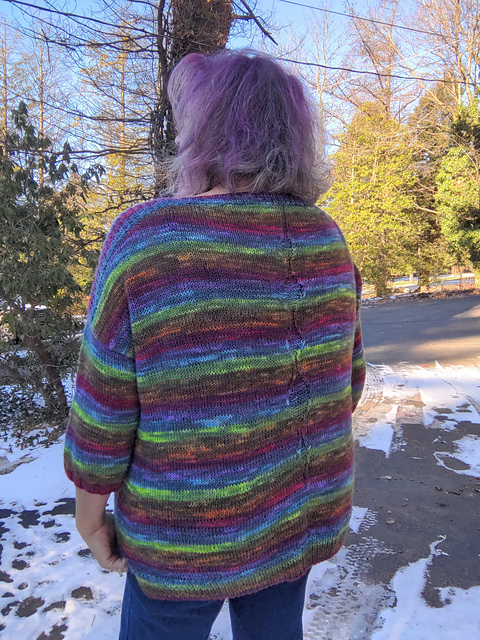 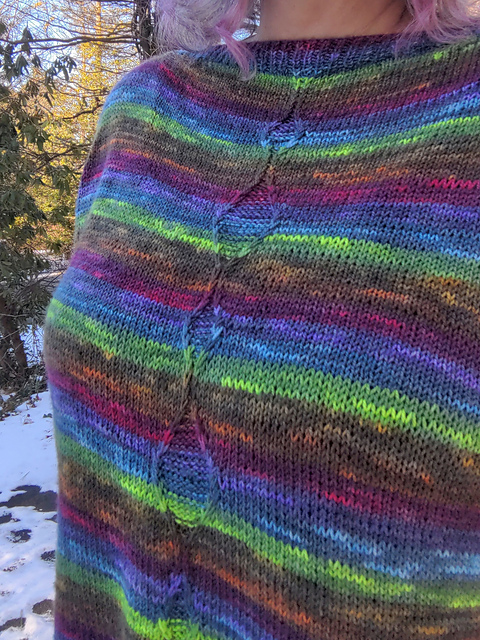 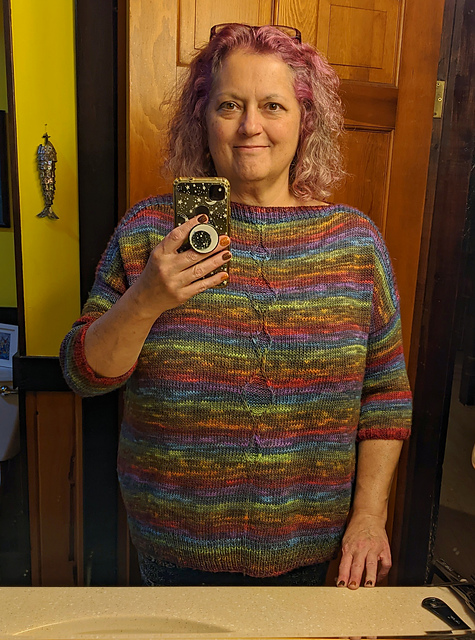 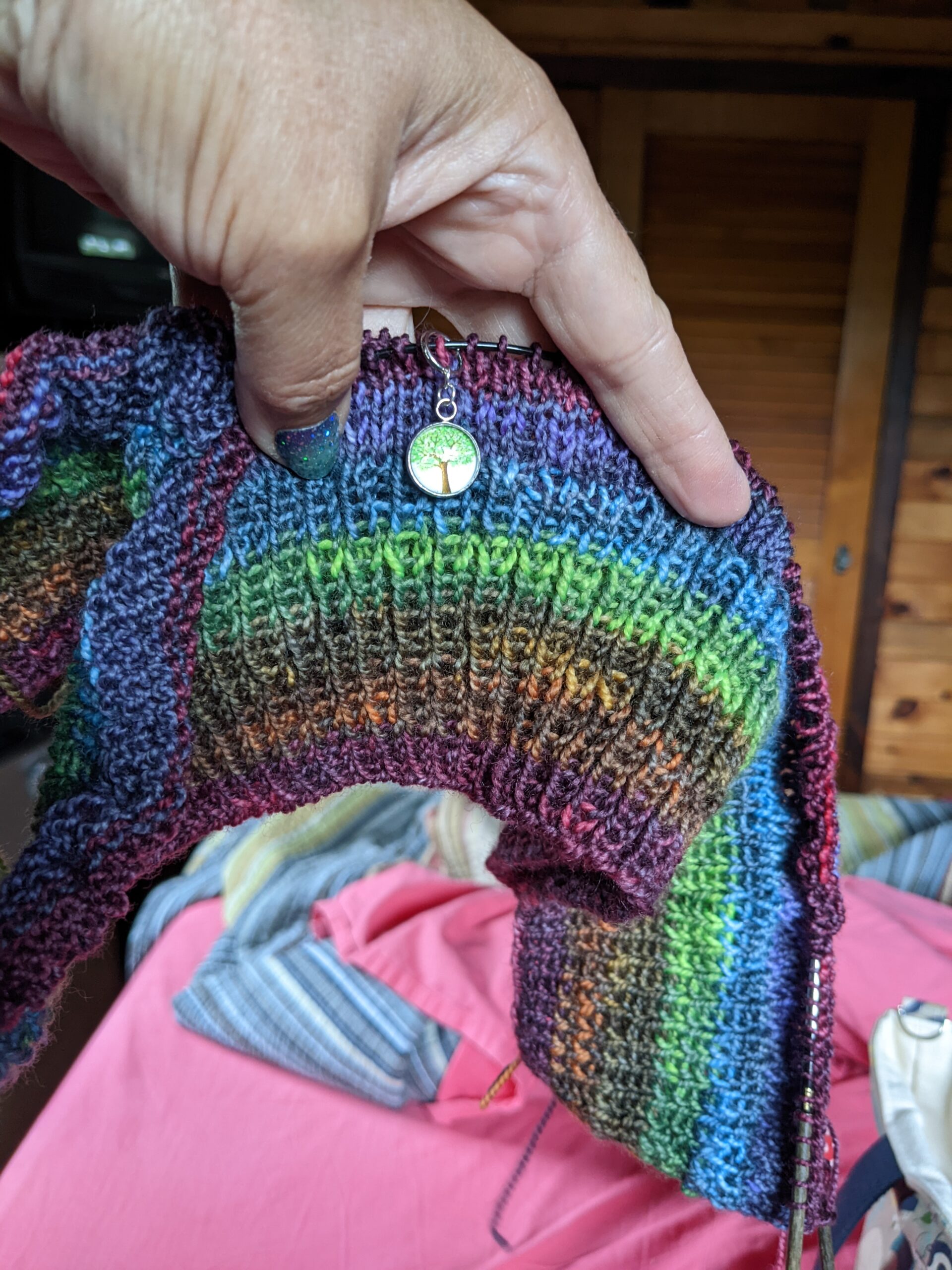 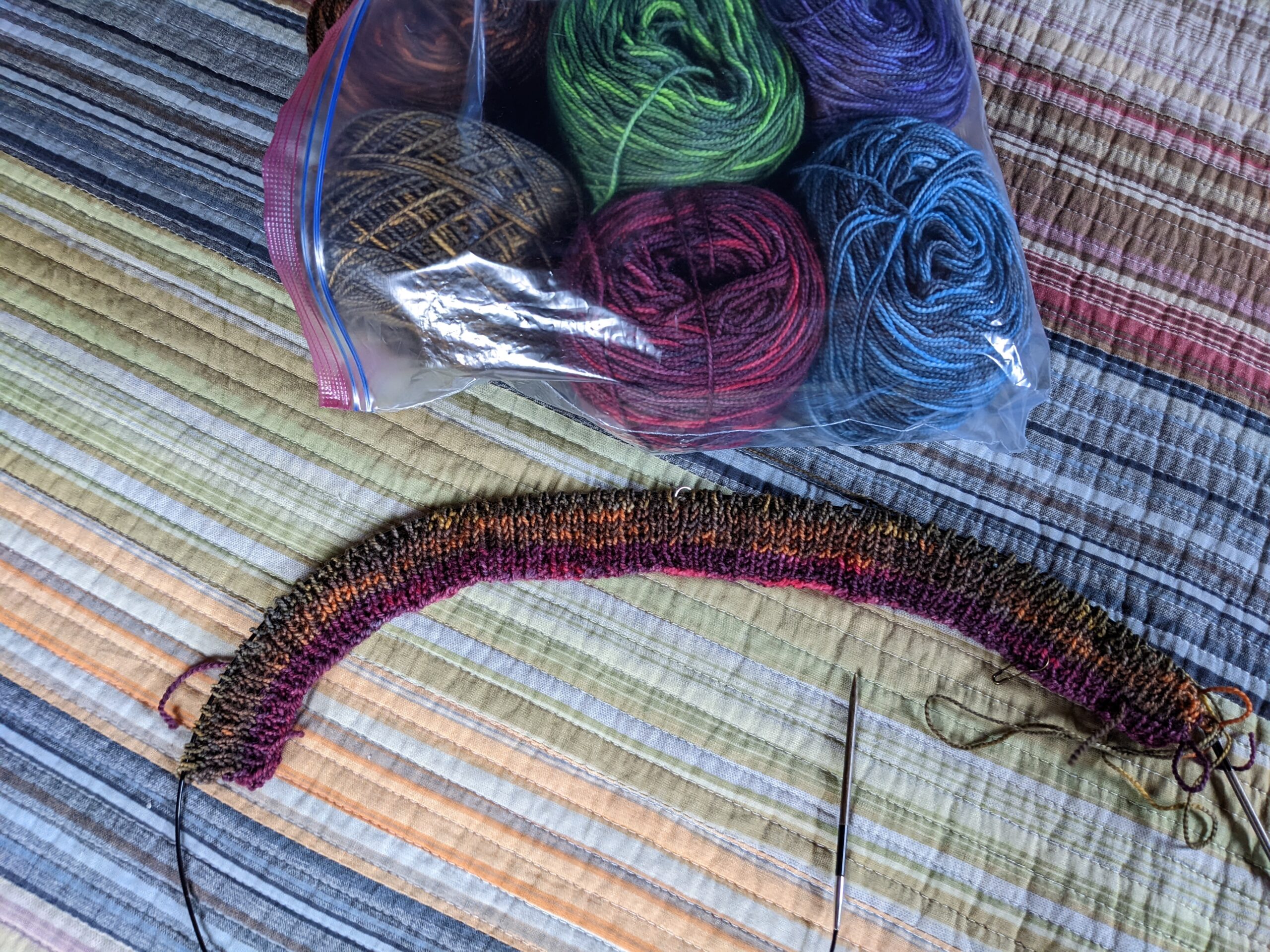 Yarn: FDW Dark Rainbow Half Skein Project Set, Bounce. You can find these sets in the shop here or full skein options here.

I have a vision for this: short sleeves, stockinette faced, wee rainbow stripes. Details on mods to follow.

11/20/22 – Finished after this project having taken a long hiatus after Zach died. But I got back to it and it turned out great! I really love the finished garment!

Changes I made to the pattern (other than what I mentioned above):

– Rather than the slipped stitch detail, which got lost in the stockinette, I ended up doing an improvised-as-I-went cable detail, which I love. I did it on both front and back.

– I did all of my color changes using clasped weft joins, so I didn’t weave in any ends. This was totally an experiment and it will be interesting to see how those joins hold up and how many little ends end up boinking out. LOL (The inside of the sweater looks so funny with so many little whiskery ends everywhere!)

– The top turned out great, and apparently I totally ignored the shoulder shaping instructions on my first Weekender because they came as a surprise on this one. LOL But I love the effect and the fit is much better.

– By the time I got to the sleeves, I didn’t have a ton of yarn left, and while I (apparently) had planned on this being short sleeved (I forgot that plan), I played with the idea of it just being sleeveless, but then I decided to see how far I could get with sleeves. I had very little red left at all, so I did dye an extra 20 gram mini of the red, and using that along with the other colors, I had enough to do three full repeats of the stripes in the sleeves. There was barely anything left of the other five colors.

I tried four different things for the cuffs before landing on 3×3 ribbing on US 2.5s. The sleeves fall a couple inches below the elbow, so I didn’t want anything tight (which my first try of 1×1 rib on US 2s gave me); going back to US 3s and doing 4×2 rib wasn’t what I wanted either; then I tried doing a turned hem, also on 3s, but it flared too much. Finally the 3×3 on 2.5s was the ticket.

The finished sweater has the perfect drape and is a great length. This is probably the closest I’ll ever get to doing a boxy anything, because the body is a bit wide, but since the fabric is so light, it’s not bulky or uncomfortable.