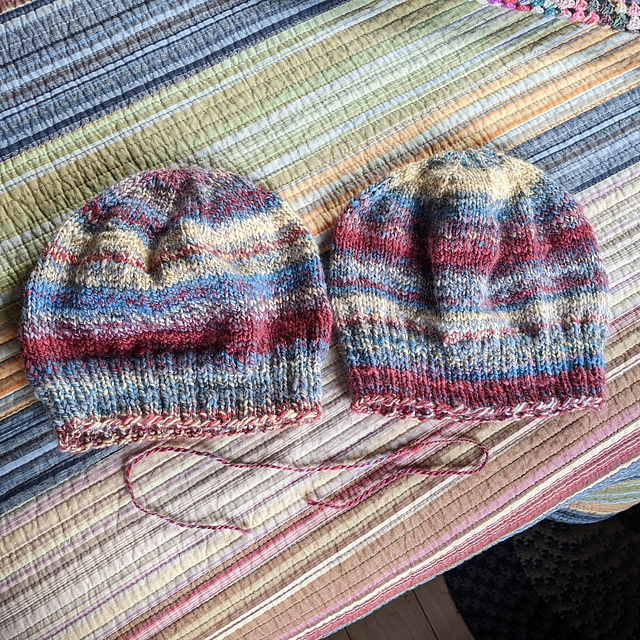 My December stash yarn challenge yarn was a skein of handspun, which I think was my fiber, not sure what though. The color looks like it might have been Coffee at Luke’s.

I’ve got about 194 yards of what is probably a DK/light worsted. I’m going to make a hat and then see if I can get a small pair of mitts out of the leftovers. We’ll see. I’d just like to actually use it since my second half of the year of this stash yarn challenge has really been quite the fail. :{

12/25 – Cast on the hat this morning as my reward project for finishing Chris’s convertible gloves last night!

12/30 – I finished the hat in a couple of days, and Emma was like, “Nice hat! Looks like you have enough yarn to make another one!” Which I did indeed. First hat had used approximately 49 grams, and I had approximately 51 grams left, so now we’ve got match-ish hats and I used all but about 16″ of the skein. Feels like a good end to the year!