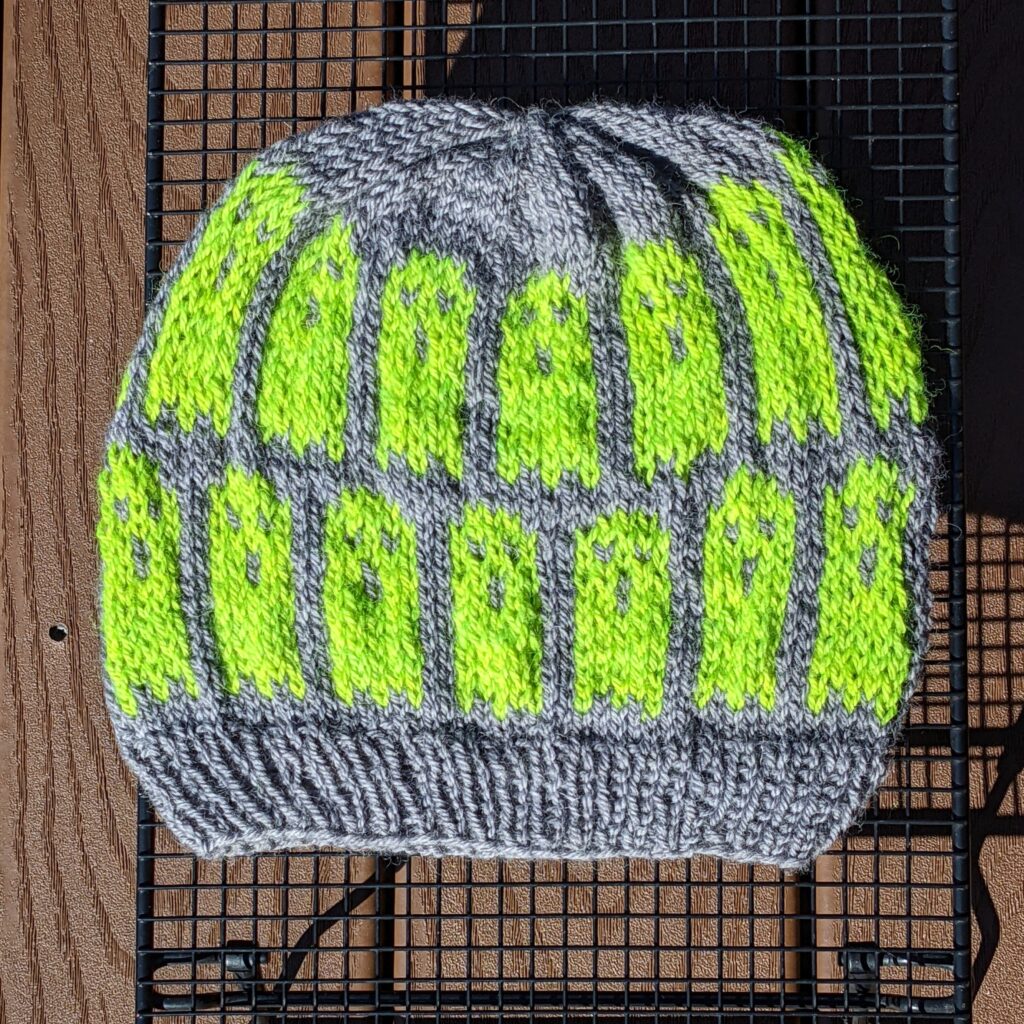 Pattern: I used the ghost part of the chart from the Boneyard Sweethearts pattern by Stephanie Lotven.
Pattern for sale on Stephanie’s website.

I wanted to use some of the leftover yarn from Emma’s Superstitious Pullover for a hat, since she wears a lot of hats.

Since the hat was already quite tall at that point (almost 7″), I did decreases in sets of 7 for 14 decreases all around, making the decreases every other round until the end when there were 14 stitches left. I cut the yarn and ran the tail through them and cinched it up.

The hat still needs to be blocked, but I’m really happy with how it turned out!