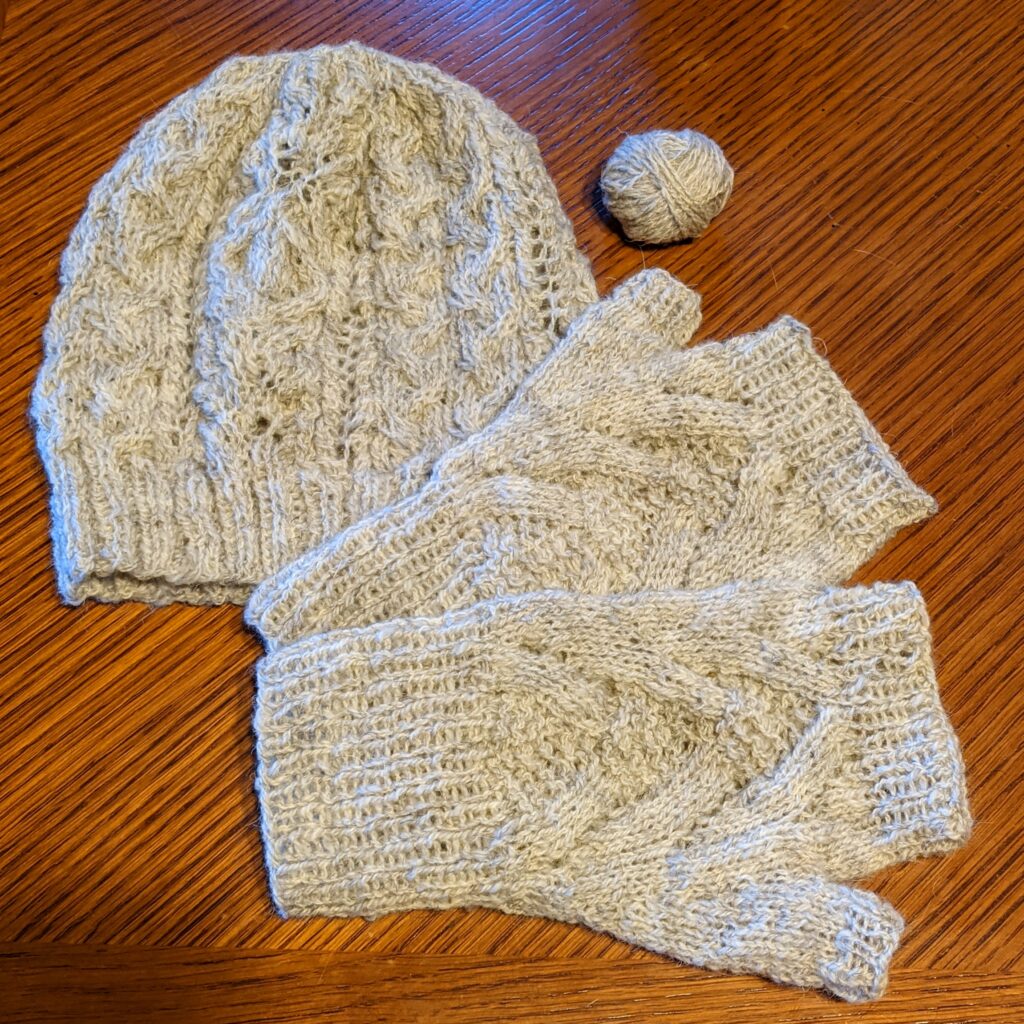 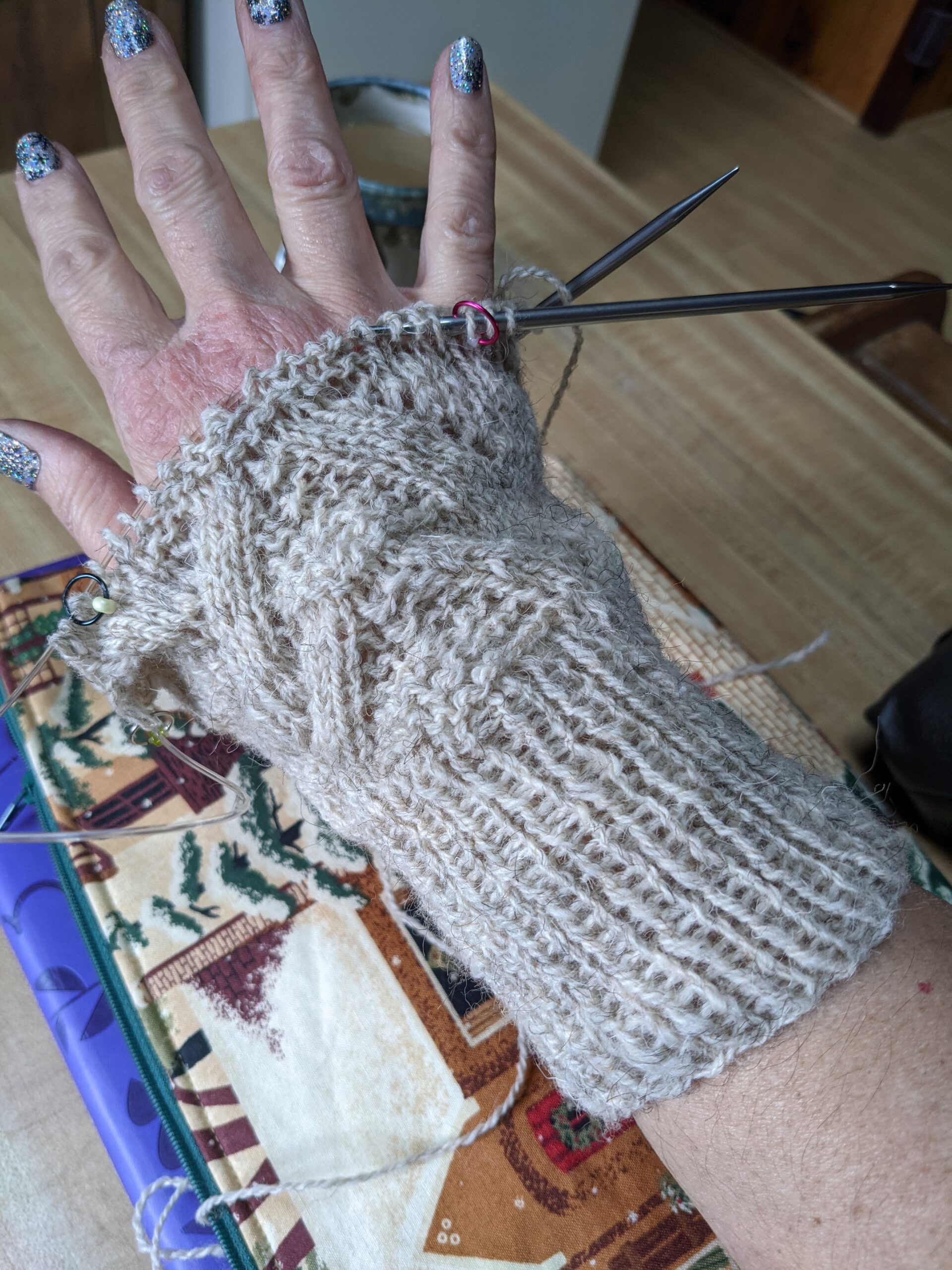 Purchased at: The Woolly Thistle (no longer in stock)

Needles Used: US4 and US6

I started these on the 19th and finished them on the 21st. I could have had them done the day before except I ended up being short on yarn as I approached the last couple of rounds of the second mitt. I then remembered that I had a small ball of it left from when I wound it into a cake because the skein had popped off the swift and I had to wind the last bit by hand. It took nearly two days to FIND that little ball. :face_palm: Was able to finish the mitts, and the only mod I made was to add about 4 more rounds to the ribbing by the fingers (I ripped out the bind off of the first mitt to do this once the second was finished and I knew I’d have enough yarn.)

Based on the palm measurements given in the pattern, I chose three largest size. I should have done the middle size though, as these as a little roomy. I haven’t soaked them yet though, so the yarn may bloom and snug up.

3 grams to spare in the end! Weirdly, after weighing the hat and mitts and leftover yarn, it only adds up to 79 grams and the skein was supposedly 85. Even with end waste, I’m pretty sure it was light.

I enjoyed the yarn, it’s rustic but pleasant. There was a lot a variability in the yarn thickness, with some really poofy spots, one of which I had to cut out. The color is lovely though, with the light and dark visible.