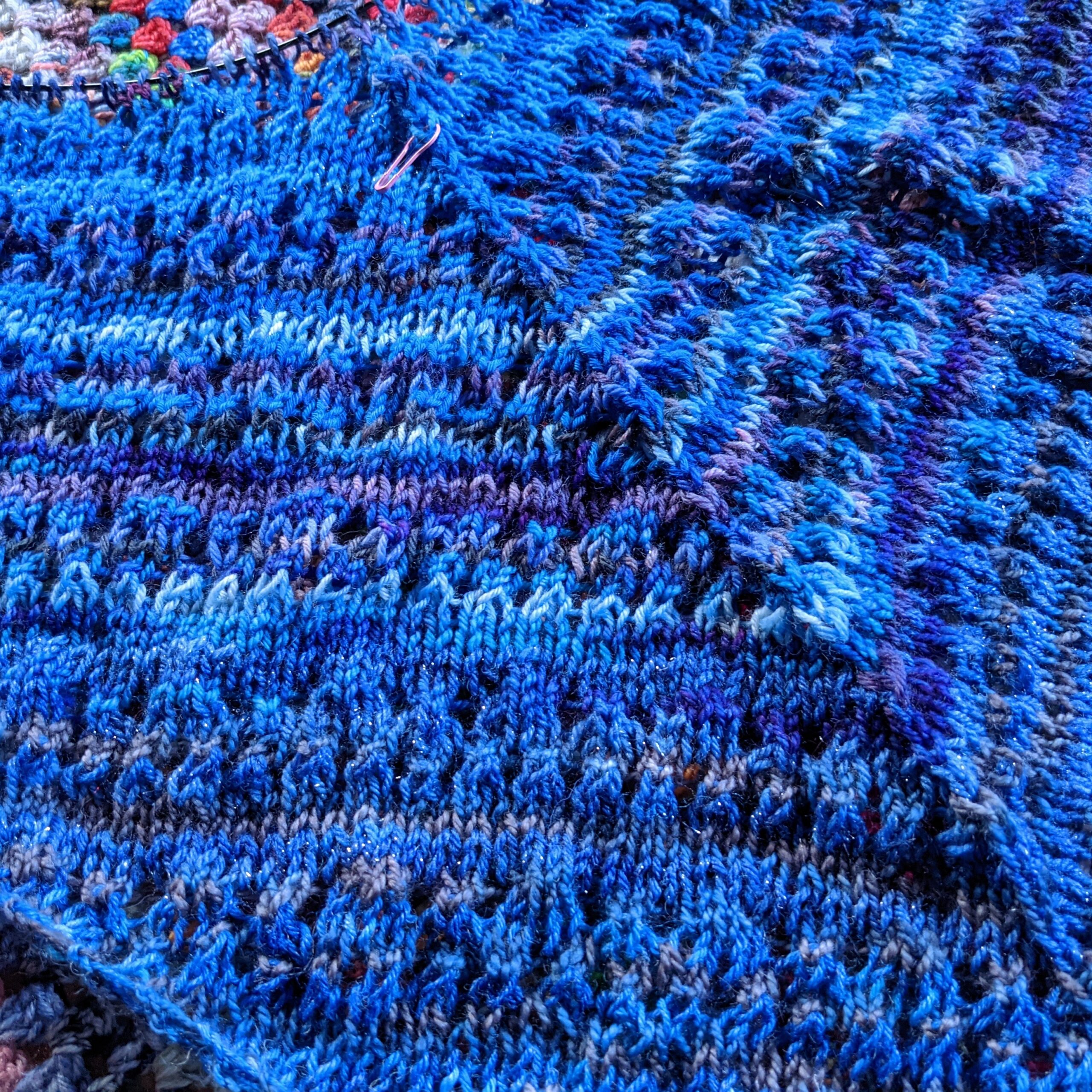 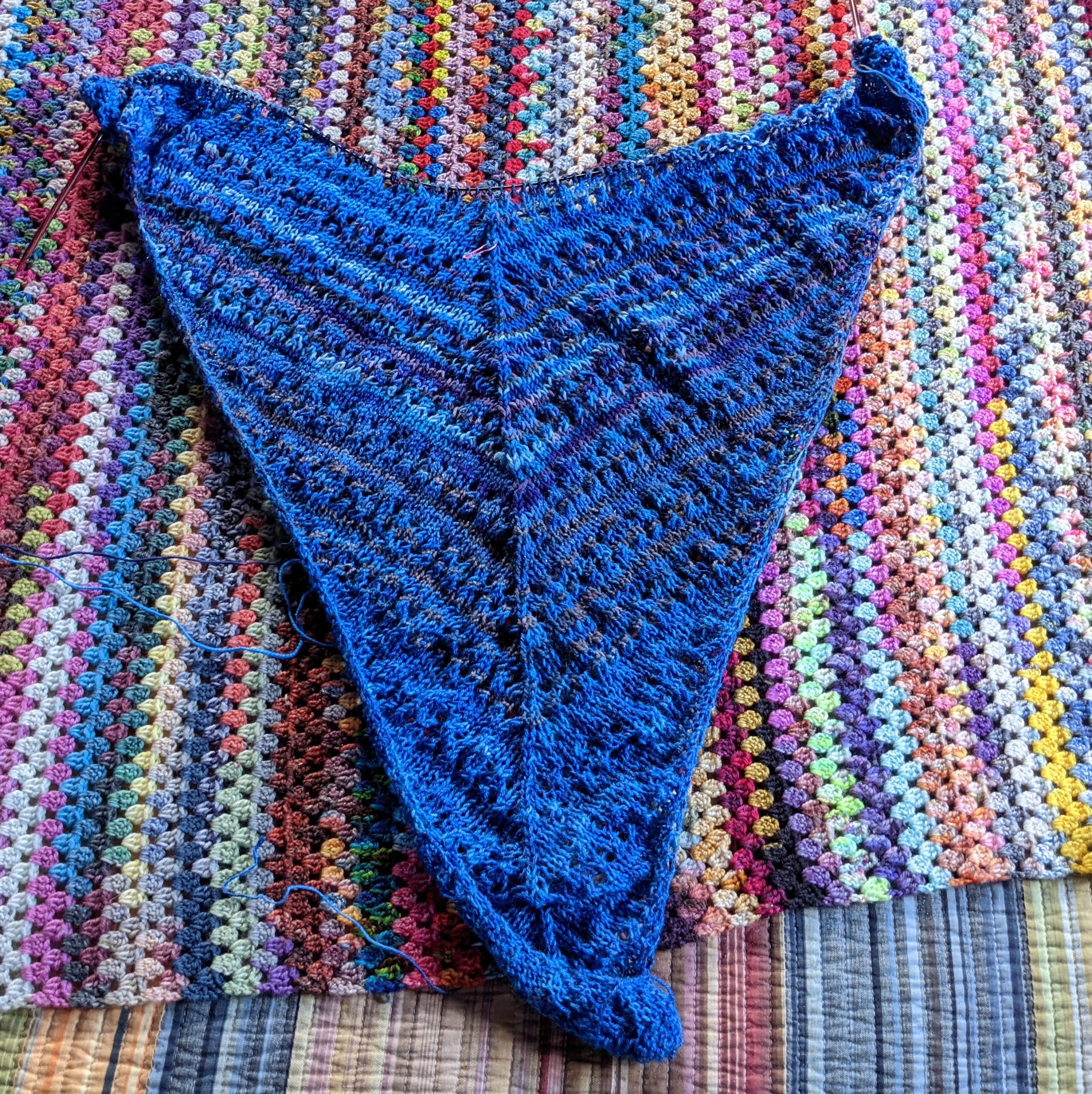 Since I finished my March Stash Challenge project so early in the month, I decided to cast on something else from old stash. I had this bag full of blue to purple leftovers that I’d pulled several years ago after knitting a chevron scarf out of green to yellow leftovers as an Advent project. I loved that so much that I wanted to make another, but I never got around to it. I decided instead to use them now to make this pattern.

I have approximately 300 grams of yarn here, so more than enough for the pattern as written. It’s easily adjustable for whatever amount of yarn you have, so I’m sure I’ll be good.

I started the project last night while we were watching a movie. It’s not at all difficult and quickly became (mostly) intuitive for me, though I still have to check on what I’m doing on the two YO rows. So far I still have the right stitch counts at the end of my Section B repeats, of which I’ve done 4.

My plan is to fade in new minis as I go.

6/22 – Finished! I’m mostly happy with this, though I just finished it and it needs a serious blocking and all of the billionty ends woven in. The bind off called for was a new one to me and I’m not totally loving how it looks. Plus the bind off edge is rolling a lot, but the final section before it was stockinette, so not a so l surprise. I played with the idea of doing it in garter instead, but I ultimately stuck to the pattern. :shrug: We’ll see what blocking does. Either way, I’m unlikely to tear it out and do it over.

My plan for the fading of the gradient layout of my minis went out the window pretty early on, but I’m really very pleased with how the colors played out without an actual plan.